The Big Picture: Impact and Promise

A sustainable solution for communities large and small.

The East Coast Greenway is a collaborative effort that has attracted more than $2 billion in public investment since 1991. The dream of a 3,000-mile protected biking and walking route represents a commitment to public health, environmental sustainability, economic development, and civic engagement. Together, we are connecting people to nature and communities via a safe, accessible Greenway.

With the East Coast Greenway rising to new heights of impact, support for the Alliance almost doubled in 2021 to a record total of more than $2 million from generous donors and partners. We are investing these resources to build the biggest staff in our organization’s history to accelerate progress and impact from Maine to Florida. Learn more about a record-setting year for our nonprofit.

Investing in Our Future

The Impact of Greenways in the Triangle

The East Coast Greenway Alliance commissioned a study in 2017 to put numbers on what we know to be true: Greenways are good for economic growth. Prepared by Alta Planning + Design and sponsored by GSK, the report finds that the East Coast Greenway generates $90 million in total benefits annually for the Triangle region, from gains in health and the environment to transportation and access benefits, economic gains, and increased property values.

The Economic, Health, and Environmental Benefits of Completing The Capital Trails Network

The Capital Trails Coalition, in partnership with a team of experts, spent two years developing an impact report to quantify the economic, health, and environmental benefits of our region’s 881 mile multi-use trail network. A key hub of the East Coast Greenway, Washington DC region is uniquely positioned to have the best trails system in the nation.

Ernst & Young LLP on behalf of the Greater Washington Partnership released a report on the Economic and Social Benefits of Completing the Baltimore Greenway Trails Network. The study examines the potential economic and social benefits of a $28 million plan to expand and connect existing trails in Baltimore City to complete the Greenway Trails Network, a key stretch of the East Coast Greenway.

Only 10 miles of trail construction is needed to complete a 35-mile trail system that will provide access to a safe, car-free trail network that connects 75 neighborhoods to new recreational and economic opportunities. When finished, the trail network has the potential to unlock new economic, health and social benefits for city residents.

“Trails consistently remain the number one community amenity sought by prospective homeowners.” — National Association of Homebuilders (2008) in "Evidence of many varieties of economic benefits linked to trails "(2011)

After a nearly 3-mile walk/bike path was built as a part of the Ravenel bridge in Charleston, SC, local researchers surveyed users. Sixty-seven percent said that they exercise more since the opening of the path. This increase was even more pronounced for African Americans — 85 percent became more active thanks to [the path]. For a state with one of the highest obesity rates, this is big news.” — The Federal Investment in Bicycling: 10 Success Stories (2013)

Headwaters Economics, a nonprofit research group, has compiled a searchable collection of studies on the positive impacts of trails, especially in small or medium-sized towns and rural areas. The library is searchable by type of benefit, use, year, and region.  Search Trail Benefits Library

The work of the East Coast Greenway Alliance encourages people to develop active lifestyles, interact and make positive impacts on the environment, boost local economic development, and connect with communities. In this video produced by one of our partners, the Z. Smith Reynolds Foundation, meet Executive Director Dennis Markatos-Soriano and learn a little more about our vision and impact. 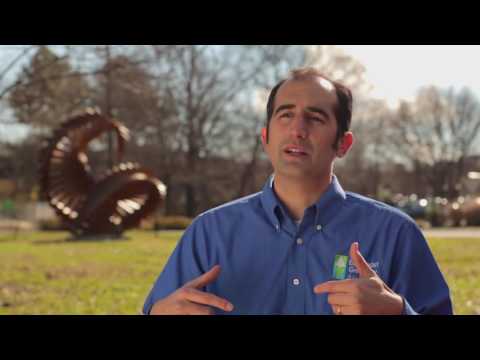