Ready to take on the challenge of riding the East Coast?

The East Coast Greenway takes you through major cities — Boston, New York, Philadelphia, Washington D.C., Miami and more — and on flat to rolling stretches of urban, rural and coastal communities in between.

Close to 70 cyclists — and three walkers — have completed the entire route in the Greenway’s first 25 years. As more people learn of the route, increasing numbers of cyclists are attempting to ride long stretches or the entire end-to-end route.

Remember that the East Coast Greenway is a work in progress — donate to help! To ride long segments or the entire route, cyclists should be experienced and comfortable riding in traffic and navigating through urban and rural areas. 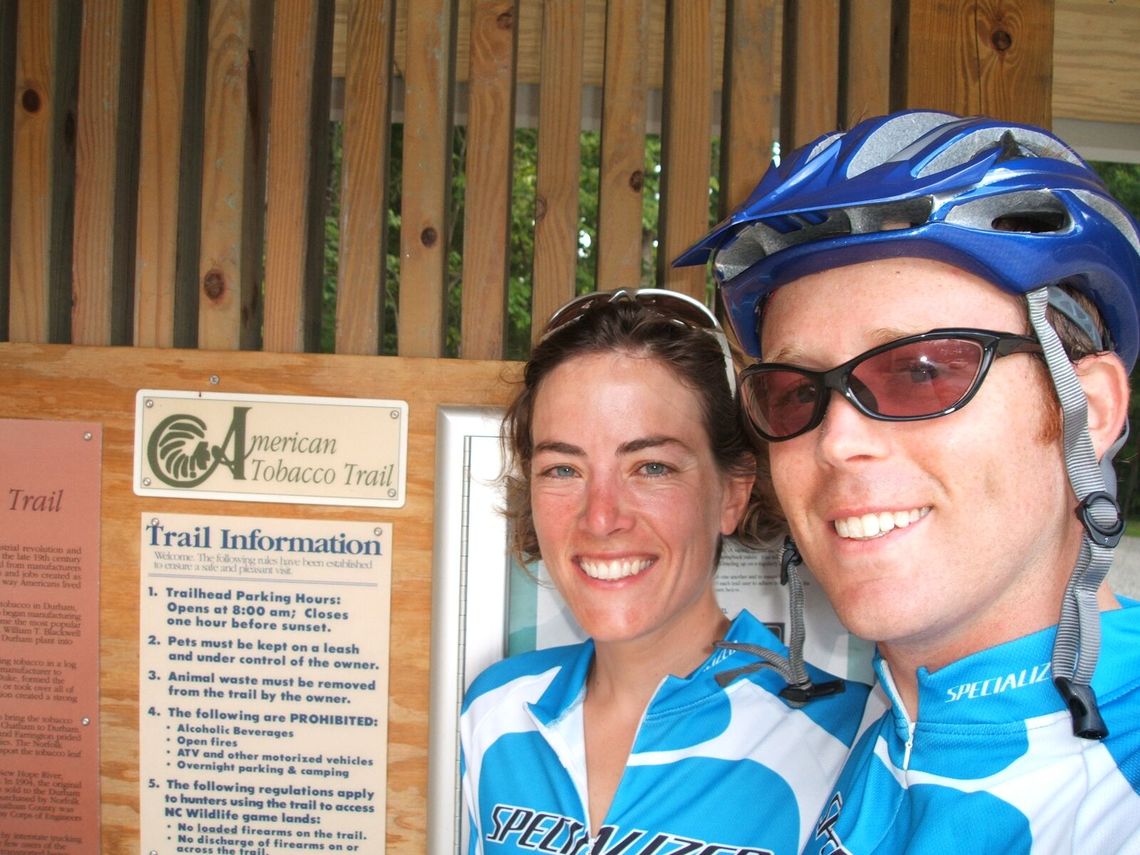 Jenny and Wil Hylton, through-cyclists in 2005. 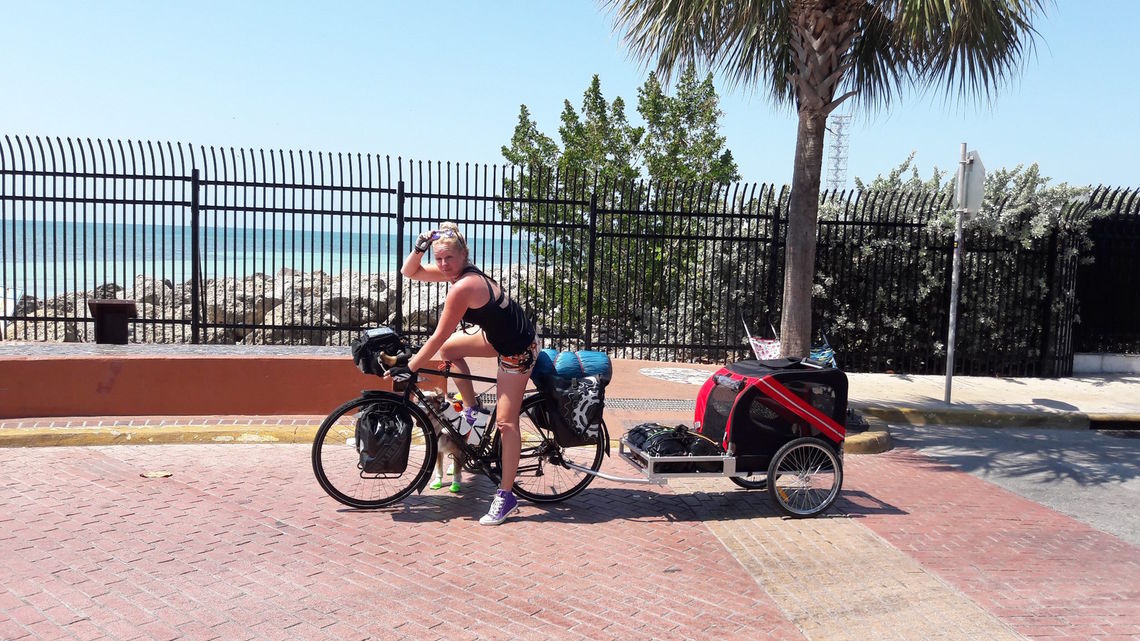 Stefanie Boewe towed a trailer and Murf, her Australian Shepherd (except when he ran alongside her) the length of the Greenway in the spring of 2017, from Key West to Calais, Maine, including the complementary routes. 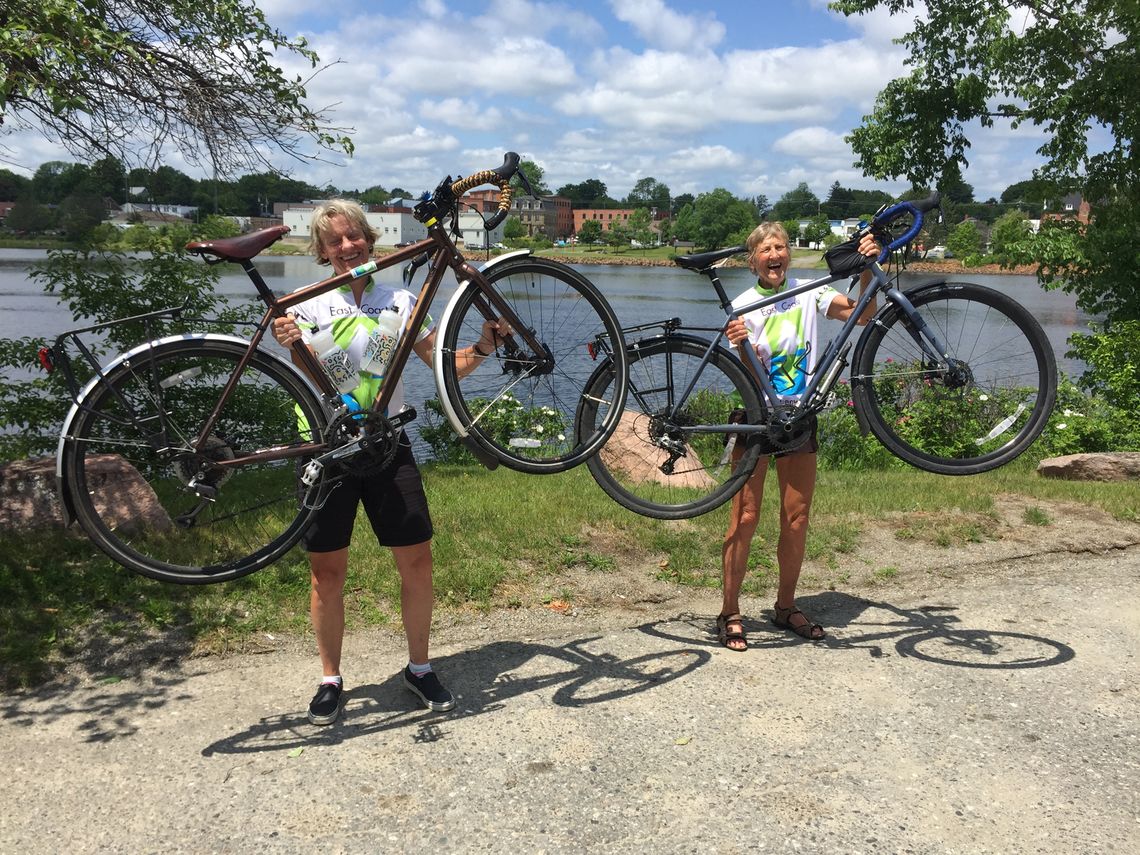 In Calais, Maine, across the St. Croix River from Canada, Lisa Watts and Dee Bird celebrate the finish of their ride up the Greenway from Key West. 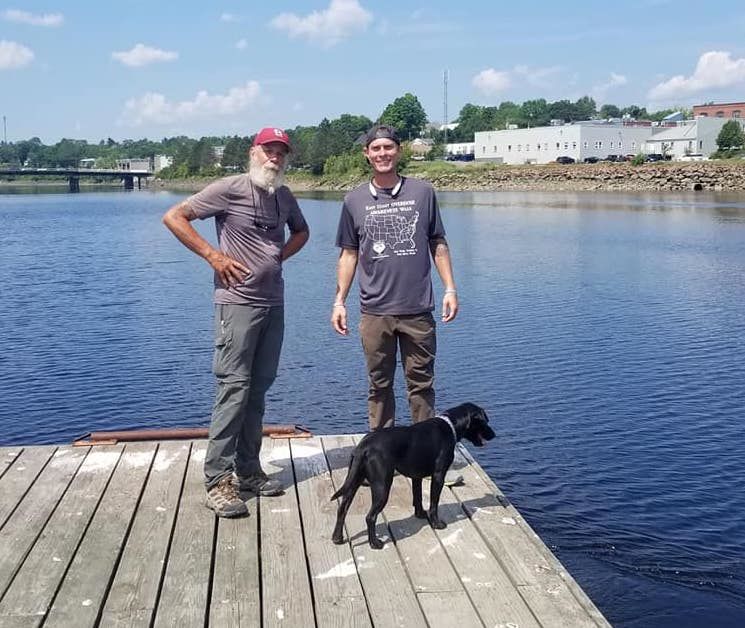 John Azerolo, left, and Brett Bramble (and Brett's dog, Domino) on the St. Croix River in Calais, ME, on July 31, 2018, six months since leaving Key West to walk the East Coast Greenway to raise awareness of drug overdoses. 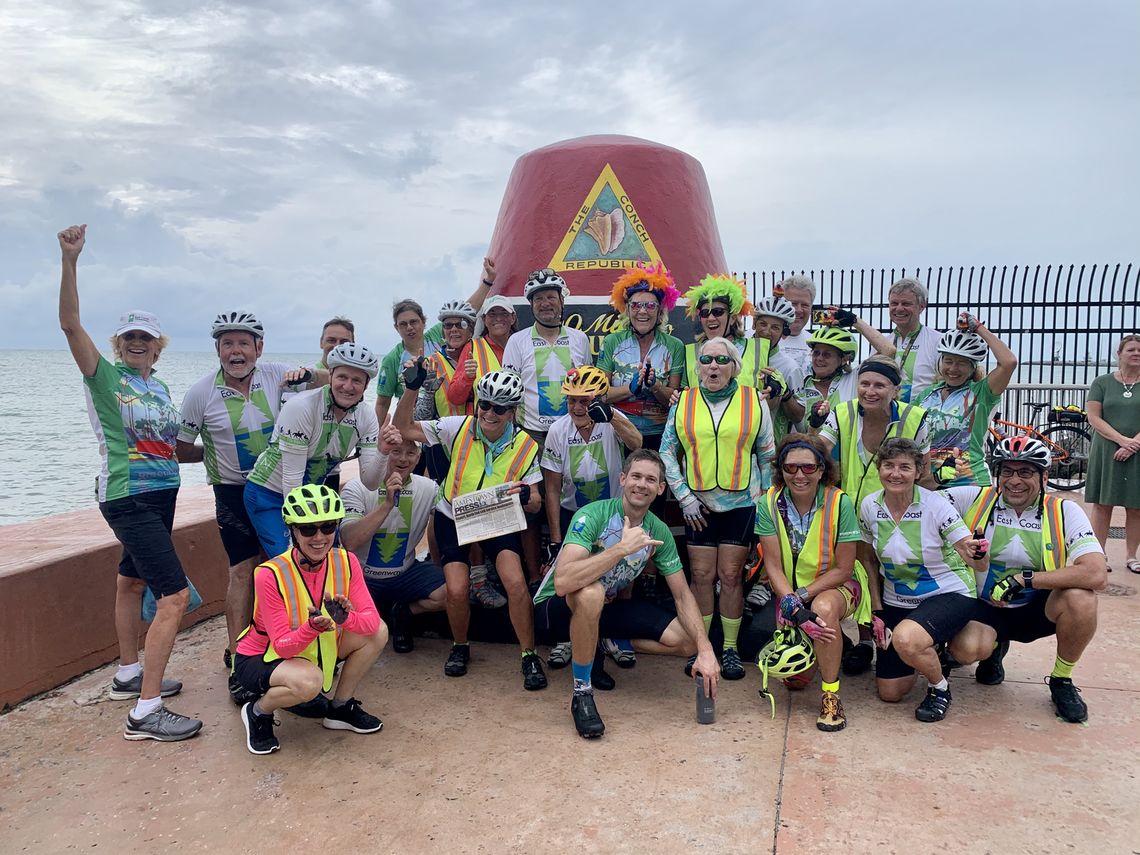 Join an intrepid crew of through-travelers

Our list of those who have completed the whole Greenway is growing by leaps and bounds including our first three walkers.

Providence to Provincetown: Bike advocacy from our saddles

A long walk to Canada

Team Murf: Seeing America up close, from their handlebars and leash

Couple spends honeymoon on the Greenway, with Patch